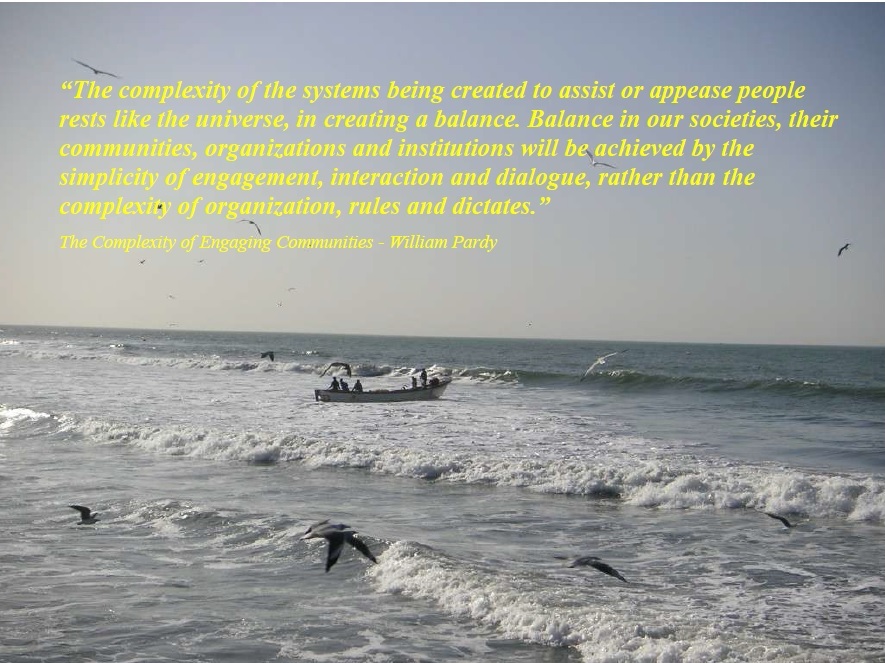 There has been much focus on the wide gap between the rich and the poor, with very good reason. But that in itself is only symptomatic of a greater malaise evident in the developed countries of the world.

The immense void between governments and those governed is being laid bare as left and right hard core politicos and downright fascists move into the vacuum created. This phenomenon hasn’t been so evident since the 1930s.

Most of this is being attributed to the economic upheaval and polarization of wealth unseen since prior to the great depression. While this is a major factor, the reality is different in that the mistrust and resentment between people and those who govern is as significant a factor.

The values, principles and their relationship to people, which were the basis of democratic governance of these institutions and organizations, have been jettisoned for personal ambition and gain.

This has led to organizational and system gridlock, abandonment of democratic governance and institutional decline. This happens as a result of an exaggeration of human intelligence and the proliferation of human arrogance.

Recently, one of the United Nations Assistant Secretary Generals (and there are many) quit after 30 years service. He admonished the “maddeningly complex bureaucracy” incapable of delivering results and decried a system that is a “black hole into which disappears countless tax dollars and human aspirations”.

Many people have become so disillusioned with governments, institutions and organizations that they appear willing to forfeit their democracy and freedoms to those who offer simplistic solutions to the complex human and societal issues buffeting the world.

The crux of the dilemma rests with the elites in governments, institutions and organizations who are constantly developing more complex processes and models of operations far removed from common folk. At the same time the downtrodden, destitute and alienated are desperately seeking simple means to survive and feed their families.

This disconnect empowers the more fascist elements of all persuasions to capitalize on such divides using the fear and sense of insecurity of many as a tool to gain power.

The danger for everyone is the real possibility that such authoritarians will capture power and destroy the democratic institutional base developed over time to better the lives of everyone; replacing it with dictatorial rule evident in many other countries.

Human solutions to complex societal dilemmas will not be solved by more complexity, but by simple people processes that have existed, at least, since the beginning of recorded history.

While these solutions may be simple, they are never easy, quick or without difficulty and risk. They require patience, perseverance and time. They exist not in the practical world, but in the more spiritual sphere of values, trust and belief. Most importantly, they require both a “place” that feels secure and “time” to rationalize and adapt to the changes enveloping everyone.

The solutions lie in real and meaningful communications that requires the genuine engagement of people to affirm their value and importance in order to renew and rebuild trust.

This won’t happen with 40 character tweets or 30 second sound bites on a newscast. It is certainly not going to happen with “consultation sessions” to arrive at a pre-determined result, nor through short feel-good workshops.

Building on the positive advantages of genuine democratic processes and creating an economy that supports everyone requires people to regain a sense of their own value, understand their own inner strength and have the confidence that allows them the courage to endure change.

There is still time and enough caring societies remaining in the world to salvage the people and places that are under duress, supporting them to work through this current evolution of change.

What is needed is belief, not in a system, but in people and their own abilities to make the hard decisions required to build the basis of a new society; one that puts the aspirations of people at the core of a new socio-economic model based on genuine opportunity and a foundation of caring and sharing.

Systems are a necessity and ideas and ideals are important for human progress.  But these are only tools that allow people to fulfill their aspirations. It is imperative that both the system and the ideals that drive it belong to people and that adequate and human engagement processes are put in place to allow their involvement.

The value of place and true appreciation of natural time must take precedence over instantaneous development no matter its cost. It is people and their values that need consideration and our management and bureaucratic systems that need overhaul.