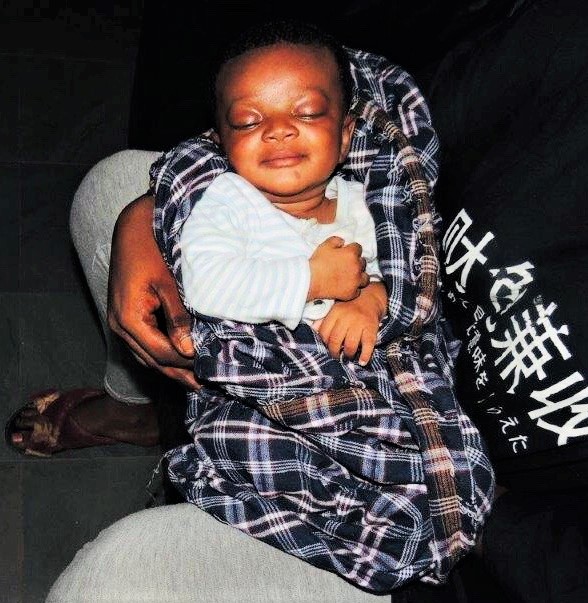 (Picture: Emrana who recently arrived into this world deserves a life, filled with love, opportunity, and security – like all other children – why cant it be?)

At times, many things come together to cause you to contemplate your work, your life and your very being. That is the way my life appears to unfold over time. I have spent five years in The Gambia this time and it has given me much to reflect upon. Mostly these are fleeting thoughts as my busyness keeps me occupied most of my waking hours.

But just this week, something caused me to stop; and I mean stop. It made me reflect on this “apprenticeship to help people” that started in 2011, when I first came here, but entered into full time when I moved here. This country and its people needed help more than any other I had been in, and there have been many.

After five years of tough slugging, fighting many battles for people, and some with people, being ripped off in many ways, and being dead tired and suffering from exhaustion, I get notified that I had tested positive for Covid.

With that, I thought to myself: Now this. As with any “apprenticeship” this must be a part of the final exam. What the rest of this exam might be, may be an even greater challenge. Thus far it has not been an easy passage, but the lessons have been enormous.

Living among the poorest people in one of the poorest countries in the world gives one a unique perspective on humanity and its true nature, both the good and the bad. Being white in a country of color and coming from “privilege” in a developed country adds to the mix. As in life, I discovered that all is not as it appears, truth is fragile, and love has different meanings, if any.

Since I came, my main focus has been on the children, but as I said in my last piece, in order to help them, you have to deal with the adults, especially the parents, or as in most cases here, the mom.

Most of my life here in Gambia involves children, I am surrounded by them, and I can attest to the fact that when they are born, they are full of love and offer it freely. I can also suggest that in a country like this lacking real education, economic opportunity, and needs beyond compilation, over time – even for the children – love dissipates, despair grows, and hatred takes root.

Out-migration here is rampant, perhaps the highest rate in Africa, as people want to leave. So many have died, drowned, and been brutalized along the way. Human trafficking is of significant concern.

A recent Harvard study suggests that in The Gambia most relationships between young men and women are based on economic considerations rather than love or care, and that sexual activity is a significant commodity for consideration.

Most often relationships involve multiple partners in order for people to survive. This is the result of need, and of course need most often turns to greed, vanity grows, and in order to look good, the provision of material trinkets, clothes and cell phones are more important than mutual love.

It appears that in this country at a certain age love dies, and material need, and desires replace it. People are traded off as commodities; children suffer and in time take the same path as their parents, perpetuating this tragic human dilemma. This demise of love in any country or society is a travesty, but if we look around the world, Gambia is but a microcosm of many countries, and they aren’t all in Africa.

The refrain heard around the world, which has economic imbalance beyond any in the history of humanity, rising strongmen taking control of governments for power and control, is that democracy is under attack. The reality, like in poorer countries, is that civility is under attack by those feeling aggrieved by one thing or another, even multiple things which they don’t like.

Despair, cynicism, and ultimately hatred, seems to be more the norm as polarization of wealth, control, and power falls into fewer and fewer hands. Societal shifts, perhaps more dramatic than at any time in history, are happening, and with each shift, as intolerance grows with every perceived grievance, hatred becomes increasingly prevalent. The reality is that love is under attack by very strong forces of hatred; not the first time in human history.

Religions have taught us to focus on dying rather than living as life begins after we die and transfer to “heaven” or some other paradise. It appears that we haven’t been taught nor do we understand that there is a necessity to respect the paradise that we have already been given. Business has convinced us that the world is filled with commodities for sale, which much be utilized to give us endless products to be bought and sold; even wasted.

Love once cherished as the most precious thing the life has to offer has been tainted even rubbished as something that has a price. We seem to believe that love is outside of us and must be found for us to be fulfilled and satisfied and to ensure our entrance into the next world.

Love is a commodity, like everything in this world, for sale to the one that can pay the highest price. The reality is that love is born into everyone. Love is God and its supply is endless – all we have to do is pass it on and it will be returned in kind.

Love as a commodity is the kind of thinking that is at the heart of the current crisis in the world, it has led to the growing unrest, the despair the dissonance and the hatred because it is perceived that love belongs to others and has a price not within our reach. We are taught that God is the holder of all the love and when you die, if you are good, you will get your share, if you are not then you will be sent to a fire somewhere and never exist.

What sadness that we have created in the world by making everything a commodity to be bought, sold, and disposed of, so that we can buy something else. This relates even to love if we don’t like this flavor, we can go down the street and buy another which might be tastier.

The solution is to spend some time, and I mean real time, with children, your own, someone else’s, and those disadvantaged. Hold them close, feel the love, energy, and the warmth that they emanate, and you will understand what’s real, what’s important and what has meaning.

You will realize that the real treasures in life aren’t what glitters or shines but is at the heart and soul of every human being on this planet. It is the spirit and breath of life with a value beyond measure and to share it with another in a meaningful way is to have given and received the greatest gift that life has to offer.

This love multiplies through our children and grandchildren. Just ask the grandfather or grandmother of a child, what has been their greatest gift in life, and they will most often say a grandchild. Children are the gifts we give to each other they are the treasures of the world they are the source of longevity and the future of human life.

Why the world has chosen to cast them all to the wayside as we continue to abuse and destroy their future is beyond me. Why humanity has decided to destroy itself with greed and avarice instead of building a better world for all the precious children that live it rather than the few who have wealth is beyond selfishness itself.

Rest assured that when love for our children, grandchildren and all those that come after is gone there will be no humanity. There will be a world teeming with life, but no humans to enjoy or cherish it. That is the juncture we face today with climate change, the pandemic, economic imbalance and all the other afflictions facing humanity.

When love dies, we will have wasted the greatest gift that humanity has been given, and all the children who exist and those to come will pay the price – you received it for free but decided to sell it or give it away and not share it.