The Opportunity that is Perechyn – two years of discovery 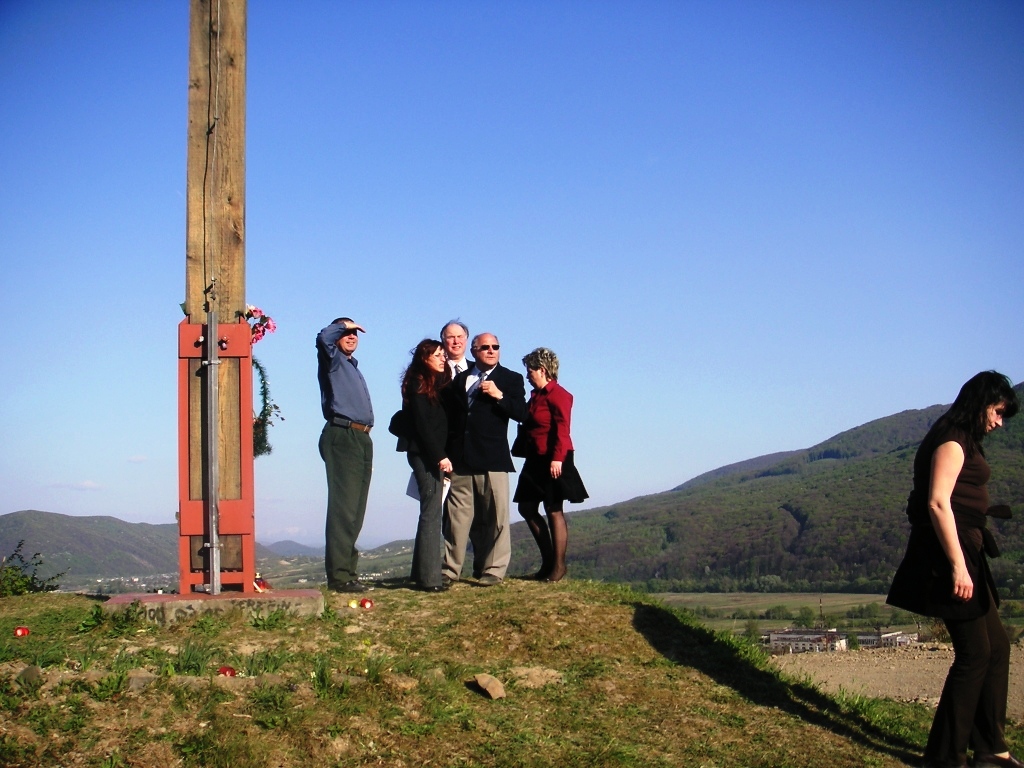 It has been two years since my arrival in Ukraine from Canada and within a little more than a week later my first introduction to Perechyn.  Since that first visit much of my time has been spent in Perechyn and area and the focus of much of my work has been with the Core Group of the Community Economic Development (CED) project.  The main project goal is to facilitate communities’ development.  My knowledge of the country was very limited.  I knew little of the people or the culture or may I say cultures, because there are many.  This is evident especially in the Transcarpathian Region. So the past two years has for me been a journey of discovery.  It has been a re-awakening of my younger years growing up in Newfoundland which only became a part of Canada the year after my birth and the experience of its transition has been traumatic for many.

It has been my fortune to have had opportunity to travel to many parts of Ukraine.  But much of my time has been spent in Perechyn and Uzhgorod which is my home base.  The diversity that is Ukraine, the people, the natural environment, the landscape, the culture and the beliefs has been striking.  There is such a rich mosaic built into the fabric of the country and one sees it best in Perecyhn and in Transcarpathia. I am awed by the strong sense of family values, the knowledge and talent of the people and the potential for new opportunities that are apparent.

Perechyn exemplifies this for me with the warmth of the people, the strong sense of history, the depth of commitment to town, region and country and the fundamental basis of life in family.  It is an inspiration, despite the wear and tear that is evident on this fabric and its youth by external and internal influences.  Working with the Core Group, having opportunity to meet many residents has afforded me much learning, much contemplation and of course some challenges.  But it has provided a strong sense of belonging.  In Perechyn and in this region I feel at home.  Partially this is because of the landscape and natural environment, which is similar to where I grew up, but mostly because of the way people received me and accepted me as their own.

The richness of any people, community or of any society can never be measured in financial, industrial or economic terms, albeit these things have a place.  True wealth is evident in the strength of awareness of history and heritage.  It is found in the depth of cultural expression and found in the knowledge of life and living.  These elements of wealth are in abundance in Perechyn and throughout the whole region and very visible in most of the places in Ukraine that I have discovered.  The genuine wealth of this country is most evident to those of us from away who have been fortunate enough to be exposed to real life experiences.  Some of us have watched theses treasures being frittered away in other countries including our own under the guise of development.

Why then you may ask in such a land of plenty is their so many struggling just to survive?  There are many answers to this question and those more learned than me often suggest the causes and the solutions.  I do have some ideas though which may lie at the root of this question.  One is related to attitude – usually, influenced over years of external control or conditioning that limits optimistic thought.  Another is the sense of helplessness that comes from massive changes and transformations that often happen in societies and in life. The third is demise in true spiritual belief.  In much of the world it has been replaced with a belief only in self.  And finally there is the lack of appreciation of the real riches of family, love and belonging.   Instead there is the thinking that real wealth is found in money and material possessions – a strong affliction of most western countries which is being transferred to others.

The real solutions will eventually be found in the hearts and minds of people.  Those who are involved in the Perechyn Core Group have decided that there is a better way and a more prosperous means of living.  They are discovering it a little at a time in the things that they have chosen to do.  These may be little things, but it is all the small activities that make a community, build a society, create a difference and eventually lead to a new way of life.

Written by Bill Pardy for the Perechyn newsletter March 5th, 2007